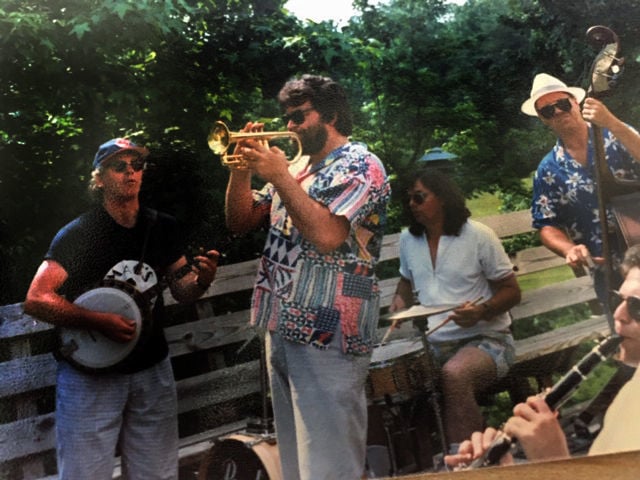 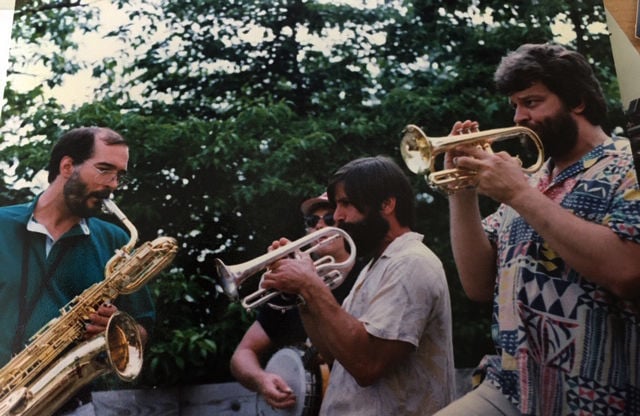 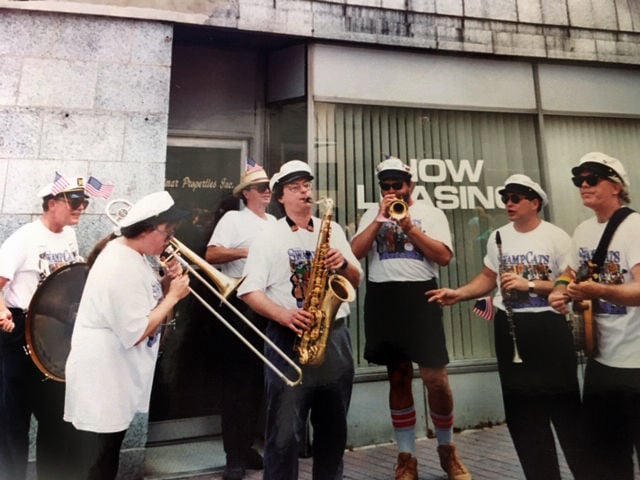 The Swamp Cats are no longer officially together, but say they can still bring up a reunion on occasion. 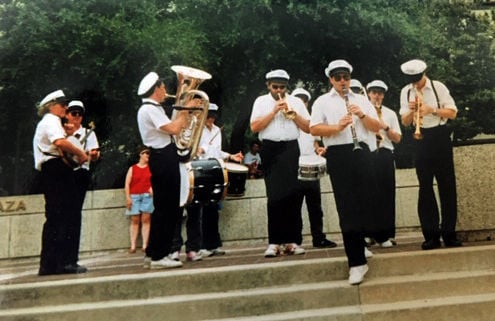 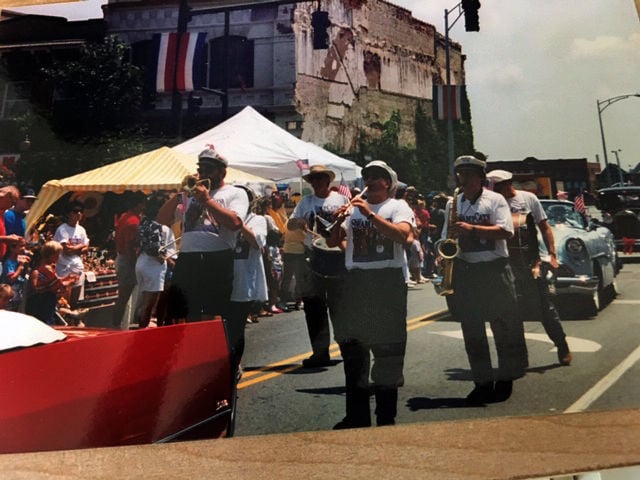 They brought the sound down from the mountains and paraded it through the streets of New Orleans. They never made it to Hawaii, but it looked like they had visited it in their dreams. Blending hokum, western swing, Hawaiian steel, New Orleans jazz and early music for nearly two decades, the Swamp Cats rode in a time machine that took them easily through eras and genres of music.

Cats bassist Ben Moore, a Brevard native, and his then roommate, future Red Clay Rambler Clay Buckner, started the Coffee Gap Corklickers around 1973. Moore left for a while but played with them again. Moore says he left because some members were more interested in skiing in the mountains than their music.

“These guys got to where they were working for the Beech Mountain Ski Patrol, and we were getting all these jobs wanting to pay $100 each in 1976. Hell, that’s what I make now if I have any luck,” says Moore. “I was relying on these guys to play some tunes, pay the rent, but we were turning down jobs, because they were working there.”