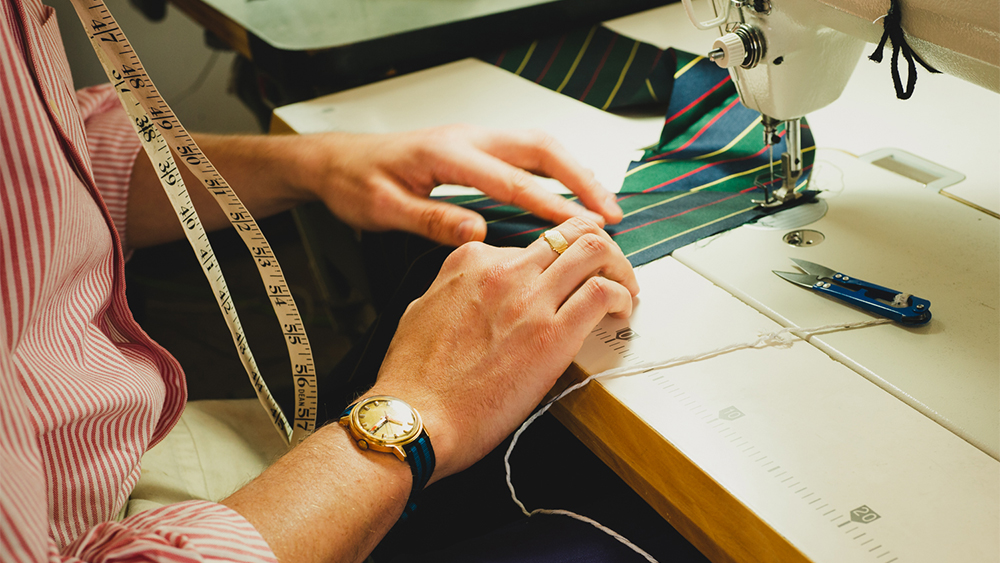 The pandemic hasn’t been kind to the London fashion scene, but luckily there are still success stories to be found if you know where to look. One of the most exciting is in Silvertown, an industrial district on the River Thames. There, in a small workshop overlooking a giant sugar factory, Jake Wigham, a 31-year-old tailor and blouse, is building a cult following for his Ivy League basics, especially his handmade button-down shirts.

Wigham started his new business, Jake’s London, last summer amid the UK’s first nationwide lockdown. A former fashion student and bespoke pants maker at Savile Row, he turned his passion for jazz music and Mid-Century style into a brand when his freelance sewing job dried up. “I remember thinking, ‘It’s now or never,'” he tells me, leaning over his studio’s cutting table, Art Blakey’s. Jazz messengers ringing in the background.

Wigham has spent the past nine months or so sewing his buttons, along with silk ties and other authentic mid-century designs, at lightning speed, and hasn’t looked back. When asked why he thinks the brand has taken off, his response is simple and refreshing: “I think it’s really a few things,” he says. “The first is that you can’t really get hold of shirts like mine anymore unless you’re very lucky and find some vintage examples. A few companies do them here and there, but they’re not exactly true to the American button-down original.

Jake’s button down shirts in London, however, are the real deal. Wigham has been making Ivy-style shirts himself since he was a teenager and has spent nearly a decade perfecting his fit. The collar is unlined and cut to roll generously at the neck, the front placket features the six vintage buttons, the back is pleated and the cut through the body is satisfyingly generous. If you’re looking for something that’s true to the Brooks Brothers original, this is what you need. 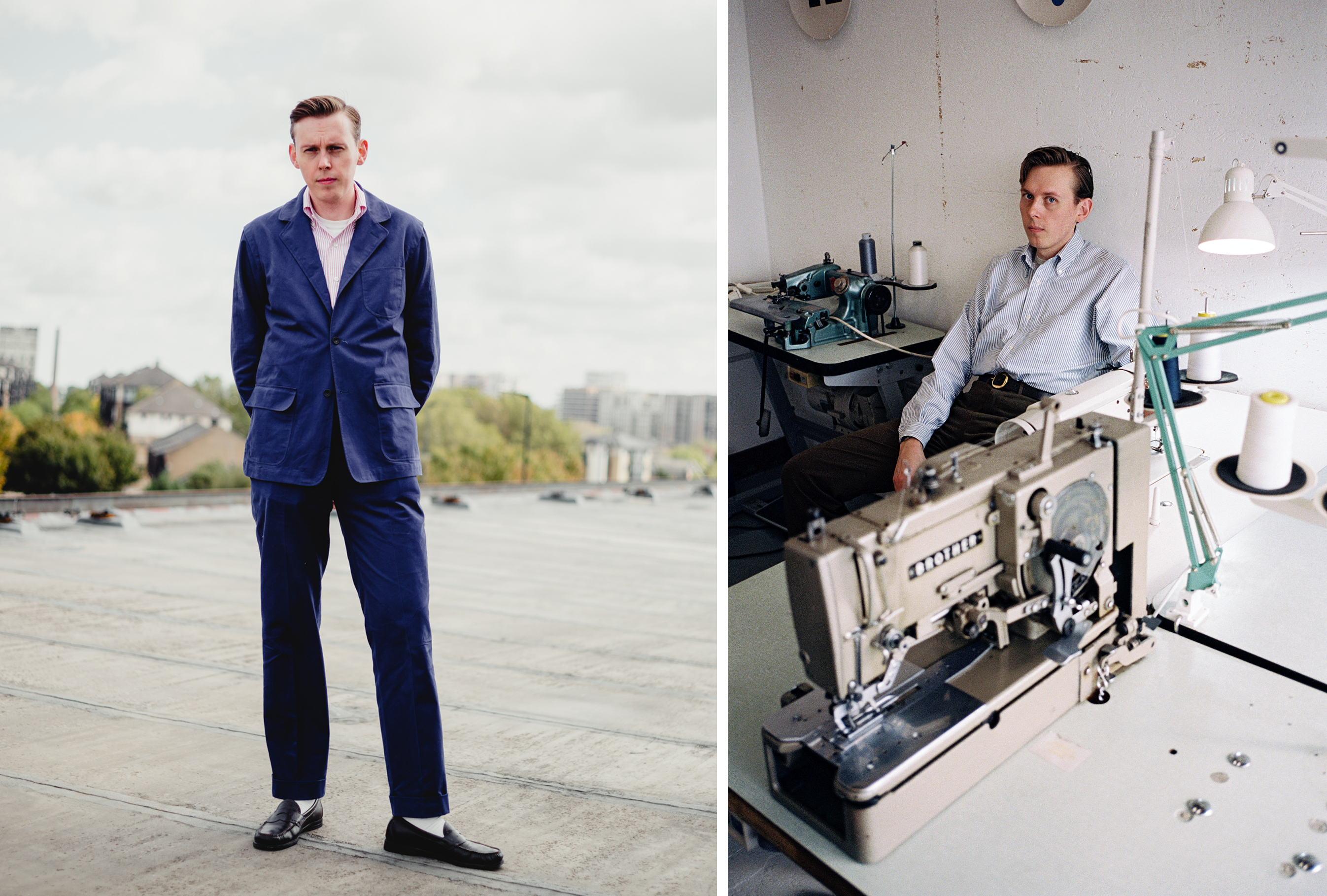 Then, of course, there’s the fact that shopping at Jake’s means buying a unique, made-to-order product cut and sewn exclusively by Jake, perhaps with a little help from his young apprentice, Albert. “More and more people are looking to support modern crafts,” says Wigham. “Ninety percent of my customers know that what they order is made by me and that is what excites me. They know they are supporting a creative start-up. It makes me very grateful when I think about it.

Of course, as a freelance designer there are challenges to overcome. One of them is the ladder. “I haven’t quite figured out if I want to grow yet, because I still want to be part of the product,” says Wigham. Another is the time it takes to test and introduce new products. Next thing on her list of classics to perfect is a line of “bleeding Madras” shirts, made from stunning vintage fabrics that fell to her knees a few months ago. 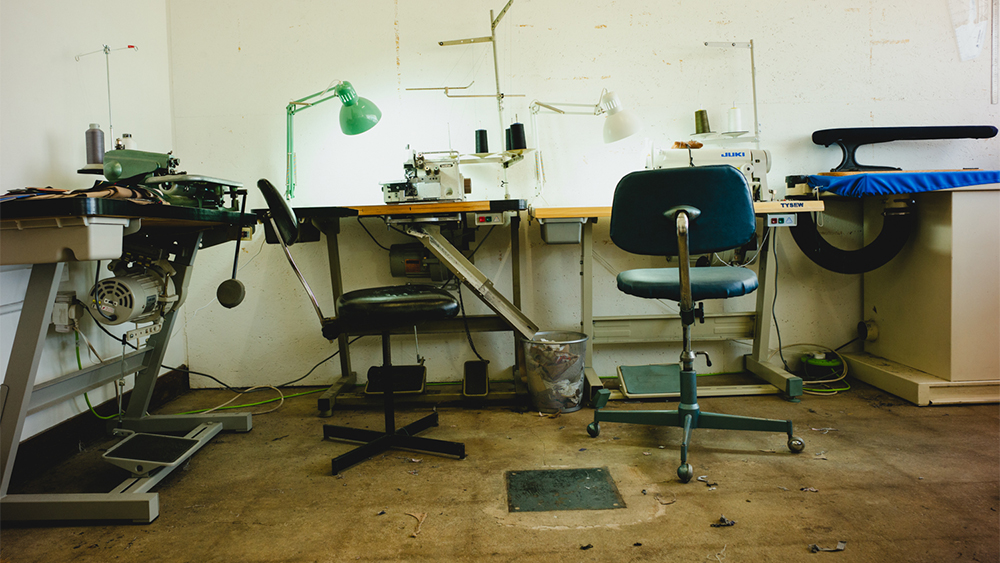 “I was approached by a small British manufacturer that went bankrupt about 10 years ago,” says Wigham. “They were looking to get rid of some of their dead fabric and offered me two lengths of narrow shuttle-woven, India-woven Madras to play with. It’s an amazing stuff – really soft and finished with natural dyes, so it will fade nicely over time. It’s great to be able to breathe new life into old and unfamiliar fabrics like these. These shirts are still in development, but interested parties can keep an eye on Jake’s Instagram feed for updates on their arrival in the coming weeks.

It is not easy to start a clothing business, especially as a young craftsman who makes their items by hand and bears the cost of making it to order. This makes Jake’s London’s early success even more impressive, as does Wigham’s commitment to doing things in an honest and genuine way. “Ivy styling is one of my oldest passions,” he says simply, sewing a button on his workbench. “I’m lucky to be able to do something like this. It’s all I ever wanted, really.