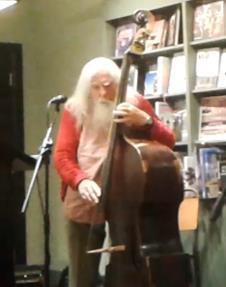 Jazz bassist Peter Ind has passed away. He was 93 years old.

His career began with regular concerts on the Queen Mary cruise ship, calling in New York every two weeks, giving Ind exposure to the city’s jazz scene at the time. Moving to New York City in 1951, he became a prominent figure in the local jazz scene, collaborating with artists such as Lee Konitz, Roy Eldridge, Duke Ellington, Billie Holiday, Buddy Rich, Stan Getz and Miles Davis – presenting himself as session musician on Davis Birth of cold album. In addition to performing, he was also a record producer, creating the Wave label.

He owned two jazz clubs in Hoxton, east London, named The Bass Clef and The Tenor Clef, the former of which was frequented by renowned musicians such as Branford Marsalis and Leonard Bernstein.

Watch a video of Ind introducing his YouTube channel at the age of 90:

Read: Luis Cabrera: How to play transcriptions on the double bass

Discover the National Jazz Museum of Harlem – with TD Bank