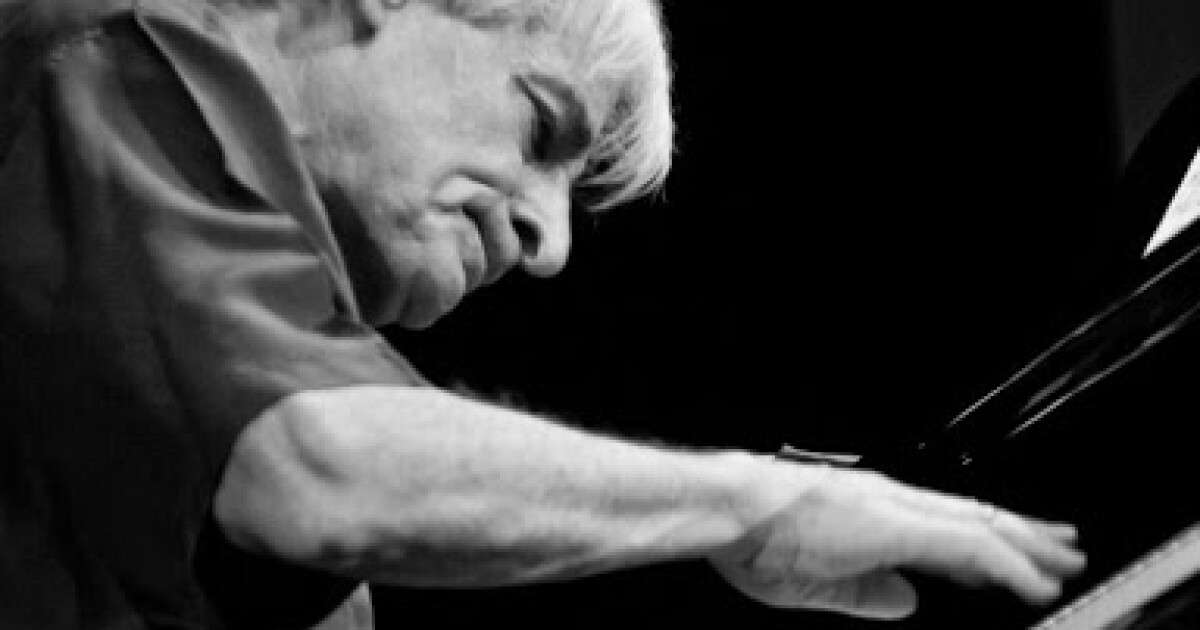 Burton Greene, who forged a language for free improvisation on the piano in the 1960s, later bringing an avant-garde sensibility to klezmer music, died on Monday. He was 84 years old.

ESP-Disk, which released its revolutionary debut in 1966, Burton Greene Quartet, announced his death on social networks without giving a cause. Greene had lived in Amsterdam, mostly on a houseboat, for over 50 years – and while creating new music at a steady pace, he only made occasional visits to the United States.

Ecstatic creative with a proud resistance to any reflexive gesture, Greene was a key figure in the early articulation of free jazz, with collaborators including Archie Shepp and Marion Brown. Together with bassist Alan Silva, Greene created the Free Form Improvisation Ensemble – a project whose mission was perfectly spelled out in the name – in the early 1960s. “It was risky,” Greene recalled in a 2003 interview with Dan. Warburton. “We called it a trial and error group – when we knocked it was dynamite, when we didn’t, it was trial and error. We had to be really in the right mood for that to happen.

The counter-cultural wind was blowing in the right direction and Greene found himself navigating a few overlapping scenes. In 1964, he joined the Jazz Composers Guild, founded by trumpeter Bill Dixon. Members of the organization included Cecil Taylor and Paul Bley, Greene’s other pianists, as well as Shepp, trombonist Roswell Rudd, and composer-conductors-keyboardists Sun Ra and Carla Bley.

Greene’s forceful attack and omnidirectional flow are fully apparent on Burton Greene Quartet, which featured Marion Brown on alto saxophone, Henry Grimes on bass and Dave Grant or Tom Price on drums. The opening track, “Cluster Quartet,” opens with a loose premise but quickly opens up to abstract expressionism, with Greene in the lead. After two minutes he reached the piano to strum and strum the strings – an extensive technique he called “piano harp” and pioneered in the idiom.

Greene acknowledged that Henry Cowell and John Cage had already set a precedent for piano preparation and manual interaction with the strings. But he did not hesitate to plant a flag. “I was the first in free jazz to play inside the piano,” he told Warburton. “Everything was random, I wanted it to remain spontaneous. I put golf balls in it, I used to strum the strings with the tuning hammer. I also had a garbage can cover that I found in an alley behind a Houston Street deli.

For a famous iteration of Greene’s “piano harp” technique, take a look at another version of ESP-Disk: a 1966 Patty Waters album, simply titled Sung. On a version of the folk ballad “Black is the Color of My True Love’s Hair” obviously inspired by Nina Simone, Waters stages a haunted deconstruction – crucially encouraged by Greene, whose playing moves with even cautious precision. if it communicates a form of naivety.

“The New Thing,” as it was called at the time, came with heightened racial awareness, and as a white musician Greene drew fire from at least one major detractor. Amiri Baraka (then still writing under the name LeRoi Jones) wrote an essay called “The Burton Greene Affair” and included it in his historical book. Black music.

Setting the Stage – a performance in Newark, NJ with Pharoah Sanders and Marion Brown – Baraka denigrates Greene as “a super hip (Modern) white pianist” on the verge of critical overvaluation by the jazz establishment. Faced with the spirit music of Brown and Sanders, argues Baraka, Greene deployed histrionics, “driven by forces he could not use or assimilate properly.”

As a deliberate provocation which, like a case before the Supreme Court, invites a broad interpretation – in a reductive way, that Black music can only be played authentically by black musicians – “The Burton Greene affair” has a long and controversial legacy. Prominent cultural theorist Fred Moten laid the essay on the examining table with his extensive scientific work In the rupture: the aesthetics of the radical black tradition, published in 2003. (“The Burton Greene affair” carries a dialectical and dialectal stutter, ”suggests Moten.“ It has a divided articulation that recalibrates the rhythmic marking of racial difference. ”)

Greene endured the criticism, although it must have played some role in his decision to withdraw to Europe. His only album on a major label – Presentation by Burton Greene, starring Byard Lancaster on alto saxophone and trumpet, Steve Tintweiss on bass and Shelly Rusten on drums – was produced by John Hammond for Columbia Records, and released in 1968. That same year saw the release of Black music. By the end of 69, Greene had become an expatriate; Burton Greene presentation was buried by the tag and remains exhausted. (According to Greene, this was the first appearance of a Moog synthesizer on a jazz album. He had met its inventor, Robert Moog, in 63.)

Burton Greene was born in Chicago on June 14, 1937. He studied classical music with an Austrian piano teacher, Isadore Buchalter, at the Academy of Fine Arts; he then bonded with pianist-arranger Dick Marx, learning harmony and jazz theory.

As a teenager, Greene was in love with bebop, doing his best to emulate Bud Powell. As he began to circulate on the Chicago stage, he realized it was a dead end. “The lesson, especially from black Chicago musicians, was ‘Be yourself – don’t copy anyone’,” he recalled in 2017, in an interview with Nashville scene. “They were really angry. They didn’t care how many notes you played or how correct your shape was or whatever. They really wanted you to be personal.

This compulsion, ironically enough, drove Greene from Chicago to New York City, where he met Silva in his first six months. The only publicly available recording of their Free Form Improvisation Ensemble was made in 1964, largely at a Jazz Composers Guide concert at Judson Hall; he didn’t see a release in any form until Cadence released it on CD in the late 90s.

Greene has released a hundred albums, many of them largely unrecognized. But he cultivated an following with Klez-Edge, otherwise known as Klezmokum – a project that merged Jewish klezmer with the freedoms of free jazz. He liked to point out that his work in this area rubbed shoulders with the more famous efforts of Frank London (Klezmatics) and John Zorn (Masada). In 2008, Klez-Edge released an album on Zorn’s Tzadik label: Ancestors, Mindreles, Nagila Monsters, featuring regular collaborator, clarinetist Perry Robinson.

In recent years, Greene has worked extensively with German-born singer Silke Röllig, among others. And he’s made several productive returns to his home country, including a 2017 tour that stopped in Newburgh, NY (for an Elysium Furnace Works concert at Atlas) and Cambridge, Mass. (at Lily Pad). The latter was a trio performance with Damon Smith on bass and Ra Kalam Bob Moses on drums, and he gave an album, Intense mystery of life, released two years later on Astral Spirits.

A separate tour in 2019 included a performance with Patty Waters, bassist Adam Lane and drummer Igal Foni, at the October Revolution Festival in Philadelphia. The deep connection between Greene and Waters was evident throughout the performance, even (or especially) when everything to do with performance seemed to be up for negotiation.

Greene has also remained productive over the past year, in a cloistered fashion. “During the relative isolation caused by the crown, I was fortunate enough to record many new works with a good Yamaha grand piano on my houseboat in Amsterdam,” read a note on its website.

The most recent of these is an album titled For Burty – 10 studies, with solo piano on all but three tracks, which are duets with flautist Tilo Baumheier. A separate concert DVD, Live at the New Music Center, should be released in October.

Michael Mayo on “Bones,” a Sterling Debut Album and Radiant Song by Himself